The colours are mainly shades between ochres and Sienese earth as well as between blues and blacks (particularly deep). Between these two color ranges San Damon gives Oniroscopism a great variability of tonalities since it has managed to obtain 32 color shades per color. Colours whose finesse and subtlety are reminiscent of the possibilities offered by pigmentations generally rendered in painting.

While some aspects of his oniroscopic works remain obscure in terms of rendering, particularly in terms of the naturalness of colours, light and how to isolate certain areas, which mainly makes up the objects and points of the patented deposit, it is known with certainty that San Damon uses a series of filters from his production that allow variations in light, colours and a surprising luminosity produced on paper, which is generally only obtained on a backlit screen.

But Oniroscopism also consists of a second step, outside the process for the blow. This step is a destructuring of the light and a setting up of shooting axes that are often in false angles, dives or perspectives making the evidence at first glance as "voluntarily" unfit for reality. The games, light-axis-colour, of Oniroscopism give a different interpretation to reality, to which is often added an impression of movements in a complex form that diverts it even further from the first evidence, in order to obtain a kind of trompe-l'oeil doubt.

The most famous oniroscopic works are :

1.) Christ, a heritage of the Museum of Modern Art of the Basilica of the Sacred Heart in Brussels.

4.) Eight documentary films screened in different universities around the world and which are visible on the Internet. In these four films, thirty-two eminent intellectuals and academics express themselves on Oniroscopism.

5.) San Damon S.O.I., an entity of eleven works, is located in the National Museum of Photography of Québec, Canada. 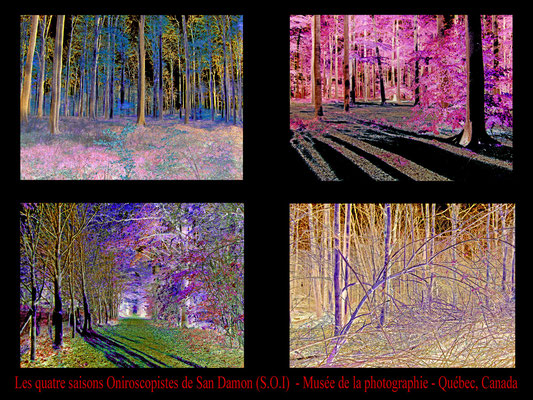 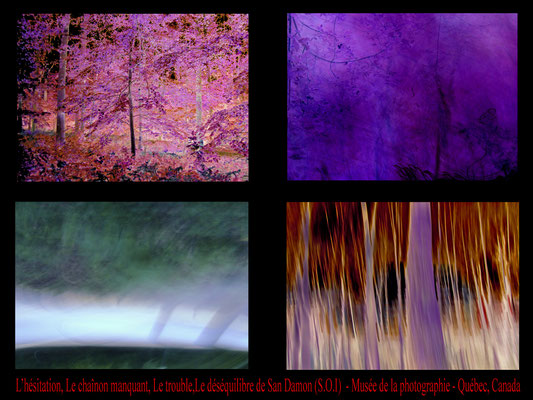 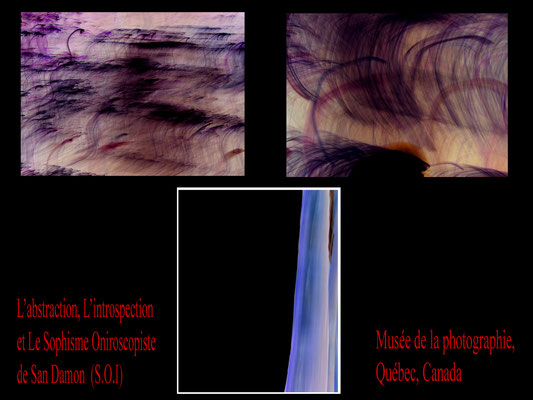